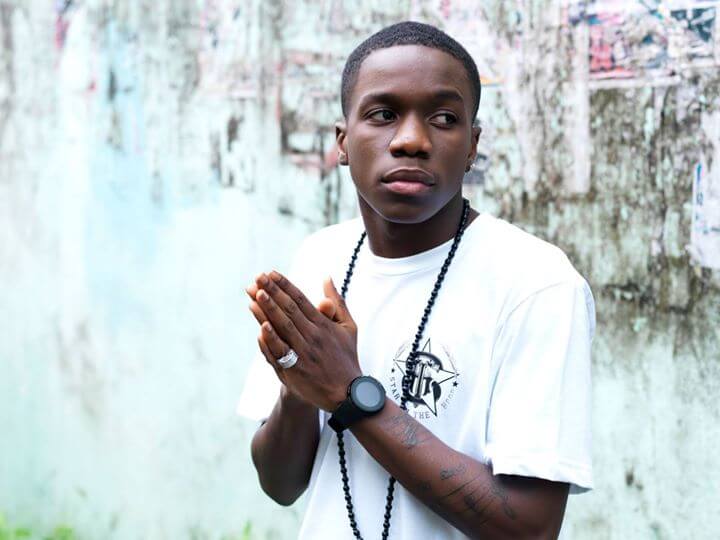 His rise to mainstream fame would come after the release of his album ‘catch 22’ featuring the likes of N-Dubz.

Besides music, Tinchy has also perused a handful of business ventures that have proved to be lucrative for him.

All this begs the question, what is Tinchy Stryder’s net worth?

Tinchy Stryder net worth has come from a combination of his music career and entrepreneurial endeavours.

Musicians make money through a combination of records sales, live performances and contracts.

Tinchy Stryder net worth is estimated to be between 3-4 million pounds.

Stryder would come to the UK in 1995, where he would settle down in Bow, London.

It’s recorded that 2 years after moving, Stryder was beginning to produce music at the young age of 11.

In terms of education, Tinchy went to St Bonaventure’s Catholic School in Newham.

He would then progress to study at the University of East London, where he obtained a B.A in digital arts, animation and moving image.

Perhaps most notably, he would appear alongside Wiley and Dizzie Rascal for many sessions.

They would later go on to form the group ‘roll deep’.

The style of music that they produced, a derivative of Garage, would later become the genre known today as grime.

A few mixtapes from the group would be released over the coming years but didn’t have much success, at least in the mainstream.

Kwasi would have more success as a solo artist and his first attempt at becoming famous would come with the release of his debut album ‘star in the hood’.

This album would feature songs such as ‘something about your smile’, ‘mainstream money’ and ‘breakaway’.

Tinchy’s breakthrough would not come to his second album ‘catch 22’, which was teased with early releases of songs featured on the album.

These songs would include ‘Stryderman’, ‘take me back’ and his first number 1 ironically entitled ‘number 1’ with N-Dubz.

After dropping the album he would go on tour, bringing along the likes of JME and Example.

This was arguably the pinnacle of his music career.

Shortly after this period, he would produce his 3rd studio album entitled ‘third strike’, however, it was to be largely unsuccessful.

Outside of his albums, his hit single with Dappy called ‘spaceship’ would make history.

It would be the first time a rapper (Tinchy) would perform their own hit song for the world cup final.

As I mentioned earlier, Tinchy was no stranger to doing business outside of music.

Perhaps most notably, Tinchy released a line of consumer electronics.

The line would be called Goji and would include various types of headphones and earphones.

Conclusion On Tinchy Stryder Net Worth

Tinchy is an example of an individual who has come from impoverished origins and has managed to make a great success in their life.

A combination of hard work, talent and passion have allowed Tinchy to reach the heights that he has.

Although he’s taken a considerable amount of time away from music, he’ll still remain a popular artist in today’s times.

All of this has helped contribute to his substantial net worth.

It will be interesting to see what he gets up to next.

If you enjoyed this post on Tinchy Stryder net worth, consider checking out other net worth posts that may interest you, namely:

As always be sure to comment if you have any questions or suggestions for which celebrity to do next.

I recommend checking out Wikipedia if you want to learn more about Tinchy Stryder.