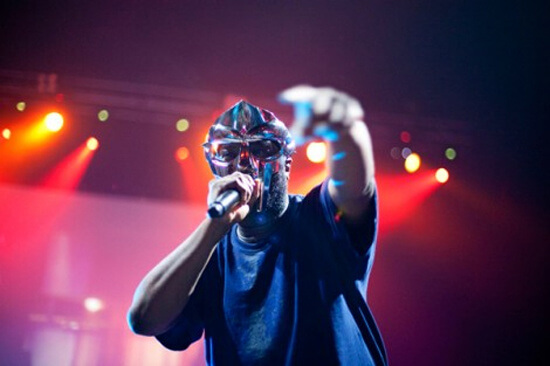 Daniel Dumile, better known by his stage name MF doom, is a rapper in the states originally from London, England.

So with that in mind, what is MF Doom net worth.

Although Daniel writes songs, he also produces them which has helped contribute to his net worth over time.

MF Doom net worth is estimated to be $4-5 million.

Daniel Dumile was born in London on the 9th of January 1971.

Although he was born in England, Daniel grew up in Long Island, New York.

Despite living there from a young age, he still doesn’t have American citizenship.

In the early days’ Daniel was known as Zev Love X (he has had many names over the years), formed a group with his younger brother, DJ Subroc and Rodan.

Together, they formed KMD.

When Rodan left the group, Zev replaced him with an MC called ‘onyx the birthstone kid’.

After a little while, they were signed by Elektra records.

They played a role in 3rd bass’s song ‘gas face’, which featured on the Cactus album.

KMD would go onto produce their first album called ‘Mr hood’, but only had some success.

Standout songs included ‘peachfuzz’ and ‘who me’.

Just be for the release of their second album labelled ‘black bastards’, daniel’s brother Dj Subroc was hit by a car, killing him.

Not only did Daniel have to stomach the loss of his brother but also had to face being dropped from the record label.

It was from this point, at least for a few years, that daniel had a very rough patch in his life.

From information he gave in interviews he pretty much was homeless and wanting to exact revenge on the music industry.

He would move to Atlanta for a fresh start.

This over time expanded his name in the underground hip-hop world.

It was also at this time, in the last 90s, where his name would change to MF doom and he would wear a mask, inspired by the comic book villain doctor doom.

This association was further amplified with his next album cover, featuring an illustration of Dr Doom.

The album was entitled Operation: Doomsday.

It’s fair to say this has probably been his most successful album to date.

Although he was experiencing success MF would go on to appeal more to the mainstream a few years down the line with his album ‘The mouse and the mask’.

It was released on the 11th of October 2005 in collaboration with DJ danger mouse under the group name ‘Danger Doom’.

It would reach number 41 on the billboard.

Doom would also appear in Gorrilaz 2005 album ‘demon days’ on the track ‘November has come’.

Since this point, Doom has produced various LP’s and albums.

Always remaining a consistent figure in the rap scene.

Conclusion On MF Doom Net Worth

MF Doom has been around a long time, his numerous name changes may have coloured just how consistent he’s been to his craft.

despite past hardships, he’s gone onto become a legend certainly in the underground music world as well as recently flooding into the mainstream.

His persona and rhyming style have helped Daniel grow a large cult following, following under his various different names.

It’s this in combination with live appearances, record sales and contracts that have helped contribute to MF doom net worth.

If you enjoyed this post on MF Doom net worth, check out hollywood actors net worth posts I have such as:

As always be sure to comment if you enjoyed or equally if you think I missed anything out.

Check out his Wikipedia to find out more facts about MF Doom if you’re interested.