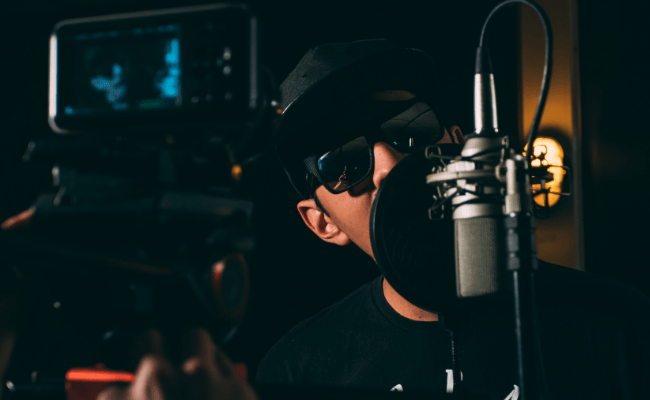 When I think about the best quotes in the finance world, money quotes by rappers instantly comes to mind.

Having said that, only real rap fans like myself (fanboy alert) should write content about the many dimensions of value it can bring to your life.

Whether it be lack of motivation, depression or absence of productivity, rap is the cure.

The topic of money in rap music has been and continues to be a central theme within the industry since it’s birth.

This means there has been plenty of money quotes by rappers to include from over the years in this list.

Underneath each money quotes from rappers, I’ll include my interpretations and subsequent takeaways.

So if you love rap just as much as me, you’re in for a treat.

We are going to look at money quotes by rappers such as:

Because there are so many rap quotes about money, I’ve shortened the list down to 28 of the best.

So without any more time wasted let’s get started!

28 Of The Best Money Quotes By Rappers

“You know it’s funny when it rains it pours, they got money for wars but can’t feed the poor”- Tupac Shakur

This is one of many reasons why I love rap because it’s raw and it’s powerful. A well-crafted set of lyrics that draws attention to a revelation that’s often unseen. One of the best money quotes by rappers, period.

Mos Def is probably one of my favourite rappers of time so I had to include a quote from his song ‘mathematics’. This statistics sheds light on not only the unimpactful spending by the government but just how well-versed Mos was on the facts. Although this song is over 20 years old, these lyrics are just as relevant today (if not more so).

“They say time is money but really, it’s not. If we ever go broke, time is all we got”- J Cole

J Cole brings attention to the value of time over money because the longevity of your wealth isn’t as guaranteed as the time you have left.

Jiggy in 90s New York meant to look good or that you dressed nice. Jay was acquiring the money and spending it on his lavish lifestyle. Jay Z has a large number of rap quotes about money as you’ll find out soon.

An iconic phrase from an iconic rapper, what more can you say than the statement is spot on.

Nas giving us an insight into his morals, the underlying message being never let money destroy your relationships with others.

A good play on words to emphasis the point on sacrifices you have to make now for gains in the future.

A rule to follow when perhaps you’re debating an expensive purchase. You should listen to this man because you don’t become a billionaire by luck.

“Some people are so poor, all they have is money”- Chance The Rapper

Mental wealth in the form of knowledge and wisdom is worth far more than any psychical assets. This is one of those very powerful rap quotes about money, achieved in 10 words.

If someone says that your success is down to luck, they are merely trying to discredit your achievements to make themselves feel better.

This has a few interpretations. If money is the foundation of the tree then he wants the rewards from its subsequent growth as well.

An empowering statement from his song ‘juicy’ sends a message to everyone that you can change your situation if you work at it. Not just that, but enjoy it even more so than someone who was handed such a life.

“Money doesn’t make me I make the money”- Rick Ross

Money can change who you are, particularly through emotions such as greed. Rick Ross is above that by stating he makes money and not that it made him.

“I tried to pay attention but attention paid me”- Lil Wayne

This is interesting because commonly people say you should watch and learn before you try to earn (rhyme intended). Lil Wayne is saying by attracting attention, money came his way.

“Success is my idol, being broke is my rival”- Big Sean

A great verse that says you should look up to success and despise being broke, so you’ll do everything to avoid it.

” Manifested intangible goods, platinum rolex’d it, we don’t lease we bought the whole car, as you should- Jay Z

Jay Z highlighting the importance of buying/investing in goods that you own. There is a saying in the investment world in regards to precious metals that says ‘if you can’t touch it, you don’t own it’.

“Cash rules everything around”- Wu-Tang Clan

An iconic phrase that was, of course, the main staple for Wu-Tang Clan’s best selling album. It’s a sobering statement because the more you think about it, the more you agree.

“For my hustler here’s some motivation: he who has begun is half done, why you waitin?- Nas

Give it your all and make sure you finish what you set out to achieve. He’s right, why are you waiting?

“Take a better stand, put money in my mum hand, get my daughter that college plan, so she don’t need no man”- Biggie Smalls

Powerful lyrics that remind us to give back to those who deserve it and invest in education for our kids.

Never underestimate the power of having dreams and aspirations because they are sometimes what help you get through the harsher realities of life.

A common principle in business is that the more lives you improve or the more problems you solve for others, the more money you will make. Rick lays out a version of this point in his artistic way.

The definition of Self-made implies that you have made money. Nipsey’s take is that self-made is more to do with achieving goals without excuses than the money you have at the end of it.

” Mcs be bragging about the cash they collect, but them chumps are like Ray Charles cause they ain’t seen no money yet”- Big L

To give this set of lyrics some context, Ray Charles was a blind songwriter. Drawing away from the ruthlessness of Big L’s style (which is what he was known for), the point is people may try to portray themselves as wealthy when in reality they aren’t. A sentiment that has aged well when you look at social media today.

“I never gave a fuck about a hater; got money on my radar”- Lil Wayne

Don’t pay attention to the negativity that others may aim at you, just focus on bringing that money in.

“Is anybody out there on the grind like me?- Masta Ace

Taken from his song ‘on the grind’,  he asks the question as if he doubts that anyone is working harder than him. A testament to how hard you have to work to get where you want to go. Listening to the song may put this into perspective a little more.

“Stop buying things you don’t need. To impress people you don’t like with money you don’t have”- Ice Cube

You can always rely on Ice Cube to tell you how it is. This is probably one of my favourite money quotes from rappers

A powerful contrast between two points in Jay-Z’s life. Channel your energy from negative situations that aren’t helping you progress to things that do, not just financially but mentally too.

“Money trees is the perfect place for shade”- Kendrick Lamar

In typical Kendrick fashion, this statement has many different meanings. I think the most important interpretation of it is to grow your money because it will bring you comfort and protection.

Conclusion On The Best Money Quotes By Rappers

I’ve always said you can learn a lot about money from lyrics and quotes by rappers.

There is also no better industry to learn about hustling, period.

If I was to choose out of this list what I thought the best money quotes by rappers was I would go with the first entry by Tupac.

If you liked these money quotes by rappers, consider checking out some of my other related posts such as:

Also, be sure to let me know your favourite money quotes by rappers if they do not appear on this list in the comments below.